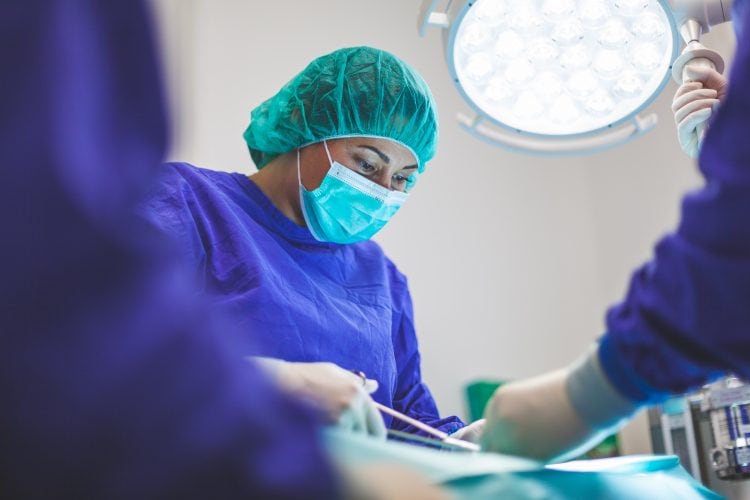 Resuscitation and rescue of a hospital in crisis

Last March, the founder and owner of a municipal hospital dismissed the current management based on his findings and appointed Ivan Oliva, crisis manager and member of IXPA Global Executive Solutions. Subsequent independent audit and due diligence results confirmed the symptoms of an advanced stage enterprise crisis.

Financial results and net EBITDA have declined sharply in the last few accounting periods and the modeling of expected results for the current period has already indicated a loss. Another related symptom was low liquidity, which manifested itself in an increase in overdue liabilities and was also the reason for insufficient renewal of long-term, especially medical, assets.

The HR crisis was also reflected in high staff turnover and an unresolved deficit of healthcare professionals. Personnel audits showed non-standard forms of employment of medical staff and gross neglect of the process of renewing accreditation for the training of doctors, one of the basic conditions for recruitment and further activity of doctors.

The original management had sought to resolve matters through cost savings, which had led to the hopital falling behind in all areas. It lacked the strategy and objectives for continuation and sustainable development.

Immediately after his appointment, the crisis manager Ivan Oliva took a series of steps aimed at the recovery of the company, definition of goals and fulfillment of its mission, which is mainly providing affordable and quality healthcare under conditions of economic stability of the company.

The basic steps of crisis management were to build a team of company management and ensure the basic life functions of the company. In the area of HR, maximum emphasis was placed on the stabilization and addition of staff and on the elimination of shortcomings identified by the personnel audit.

At the same time, supplier and customer contracts were checked. The audit focused mainly on transparency and finding more favorable business conditions, which included streamlining activity and consumption. This review proces was used to inform the economic outlook for the end of the accounting period.

In parallel with the urgent operational restructuring measures, the team led by Ivan Oliva submitted a proposal for strategic restructuring in the form of a Hospital Development Strategy to 2025. The material forms the basis of the strategic design of the concept and development of the hospital for the next few years. It is based primarily on the definition of the main pillars of future healthcare corresponding to the size and profile of the city hospital with a defined catchment area.  The basis of the care provided is diagnostics and treatment in the fields of surgery and internal medicine, gynecological and obstetric specialization and extension of long-term care with the building of capacities for subsequent care. The elaborated Strategy was approved by the statutory bodies and adopted by the founder and owner.

Nine months after the start of the mission, the basic revitalization goals have been achieved. In the area of human resources, a hospital management team was established with rules for mutual communication, with clear assignment of further activities to individuals and the whole team. Remarks from the personnel audit are being taken on board. The system of work of medical personnel in the area of services and work security has been changed. In accordance with the Strategy, healthcare is being restructured, accreditation to train doctors has been renewed and staffing has been stabilized.

Despite extraordinary and unplanned expenditures (improving the environment for patients and employees, putting into operation a new bed capacity of long-term care or extraordinary remuneration of employees), the financial results for the accounting period will be significantly better than the original modeling showed. The increasing stability of the hospital was also positively reflected in cash flow and liquidity, which in practice resulted in a significant decrease in overdue liabilities. This situation makes it possible to set up standard purchasing processes, in particular tenders bringing savings in the purchase of materials and instrumentation.

As part of production management, a regular and more accurate system of reporting on hospital performance and financial efficiency was introduced.

Good results enabled the launch of a program of neglected minor maintenance of the hospital complex, which significantly improves the relationship of the surroundings and especially patients to the hospital. The reputation of the hospital has been further improved through better communication with the public and the number of users following the hospital’s profile on social networks doubled in nine months.

Thanks to a timely and rapid response, with strong support from the founder, the hospital managed to stop the trend of the ongoing crisis and start its restructuring. An important benefit for the founder is the preservation of the value of his investments and also the prevention of the fourth phase of the life cycle, i.e. extinction.

Today, it can be stated that the hospital has the opportunity to become a sought-after and standard functioning health care facility with good prospects for patients and employees.